Your browser is not supported. Please update it.
Home page
Members Area
Call 0113 289 2311
Website by GolfWorking

The History of Scarcroft Golf Club

There is a saying “Where there is no vision people perish”. In their vision and forward thinking the founding gentlemen realised that the City of Leeds was growing and developing out of all proportion at this time and the population of a thriving commercial city was rapidly increasing and the established City Golf Clubs could not cope with the number of applications for membership (other than Alwoodley and Moortown, which had their own traditions) and more important still, the demand by members to get on the course to play without waiting for hours.

Each and every fairway could be seen from where the clubhouse was being constructed and later every green with one exception could be seen from the flat roof of the Clubhouse. The Clubhouse was very modern. The main entrance was where it is now but there was a very small foyer and the secretary’s office was situated on the left so that he could observe all persons entering the Club. To gain access to the Clubhouse members turned left along a passage which led to a door which opened into a Palm Court (now the Trophy Lounge) where the Ladies, who were very few in numbers could enjoy afternoon tea with cucumber sandwiches of course but no string quartet.

The bar was a sad affair, very small, very narrow and “L” shaped. The bar could not in any way accommodate the members of today and was the first major alteration to the club.

The Locker Rooms were designed to accommodate the member’s requirements and the total number of lockers was limited to 100, that was 80 for male members and 20 for female members. As a locker became vacant a new member could be admitted in this way, it acted as a register for members.

In or around 1938 Scarcroft hosted it’s first ever County competition. The practice area behind the 1st tee acted as a car park and also on the same site there was the biggest marquee you have ever seen which provided changing facilities for all the competitors. We believe that Alex Caygill from Cleckheaton was the winner.

Sadly in 1939 war broke out and that made a very big difference. The Clubhouse had to be “blacked out” and Members were expected to take a share of fire watching duty. It was at this time that some of the members were bored spending a winter’s night in the Clubhouse with nothing to do so it was decided to purchase a full sized snooker table which was introduced into the palm court. It was not an ideal position as members entering the club could interfere with play but it became very popular and was well used.

With the end of the war in 1945 there were many applications to join the club and the doors were open to our war heroes. The men’s locker room had to be extended with the addition of metal green lockers which were no way as good as the original lockers.

The bar was considered to be far too small and was extended and enlarged to accommodate the member’s wishes. In the late 1980’s the club was substantially expanded and refurbished to what the members have today. 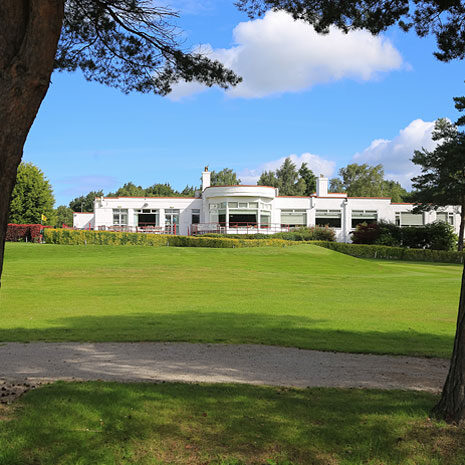 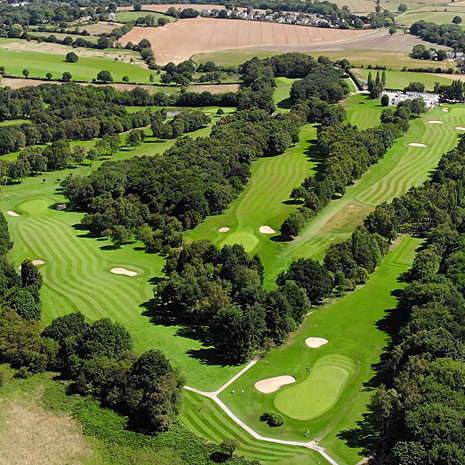 Our Course
See the course Clubhouse
Modern facilities and a golf course to match.